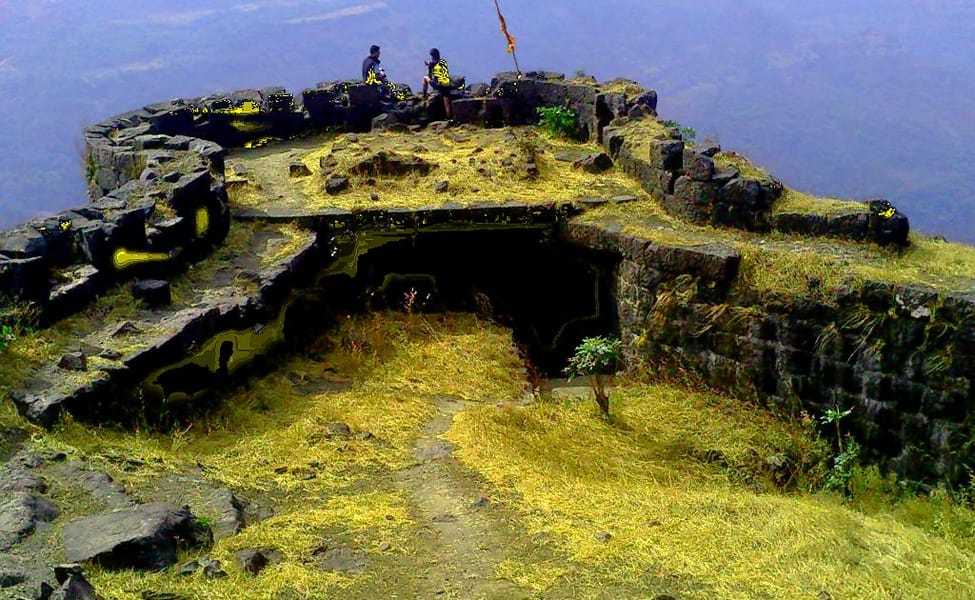 India is a land of natural marvels. The sheer magnificence in its landscape along with its diverse flora, fauna and climatic conditions is enough to entice adventurers and travelers from different nooks and corners of the world. Add to that, the Himalayas. and you have what you call a ‘Travelers Paradise’.

India has always been associated with trekking, thanks again to its close vicinity to the Himalayas. There are numerous trekking trails in India that promise to offer splendid views of the snow-clad Himalayan giants, breathtaking sceneries and a peek into Himalayan village life. For an adventurous soul, India is a treasure trove of natural gems and an opportunity to explore them in all their magical wonders.

Also known by the name ‘Skeleton Lake’, the Roopkund Lake is a major draw for trekkers and travelers alike. There are basically three routes: via Kathgodam, Lohjang or Mundoli. It is an exhilarating trek which takes you into the Trishuk massif lap and can be completed within nine days. It is being said that the skeletons found at the bottom of the lake belong from the Paleolithic Age.

This is also a trek in the same land of Uttrarakhand which is also known as ‘Devbhumi’ or ‘Abode of Gods’. Those who love nature and pure bliss will get the opportunity to lose themselves amidst nature with the Valley of Flowers trek. June to September is the best season to visit when the entire valley turns into a kaleidoscope of colors with flowers of different varieties. Located at an elevation of 3600 meters, it is an easy-to-moderate trek which takes up to seven days to complete.

From scenic monasteries to remote villages to high mountain passes, the Markha Valley trek in Ladakh will be etched in your mind forever. Kongmaru La is the trek’s highest point at an altitude of 5000 meters from where you can view the mighty K2 in the Karakoram Range. The trek route will take you inside the Hemis National Park and you will get the opportunity to witness Ladakh’s pristine untouched beauty at its best. It is undoubtedly one of the best treks in India which take about 12 days to finish with June to October being the best seasons for travel.

Walk through the Kanchenjunga National Park with Sikkim’s alluring beauty accompanying you every step of your way. The Goecha La trek takes you up close and personal to some of the majestic Himalayan peaks including the world’s 3rd highest, Kanchenjunga. It is a difficult trek of 10 days that takes you through Rhododendron forests, crystal clear Himalayan lakes and trails covered in snow. Best season to trek is from March to June and September to November.

Though the primary attraction of this trek is the Chandratal Lake but the diversity of nature along the trail is something that’s hard to miss. From semi-urban hills to lush green meadows to thick forests of pine and oak, the Hampta Pass trek will leave you in awe and amazement at nature’s creation. You’ll also get a taste of traditional Himalayan Hindu villages tucked away from all the development and advancements. It is a moderate trek and can be completed within six days.

Located in Karnataka Kumara Parvatha (5600 feet) happens to be the 2nd highest peak in the state. It is quite a popular trek and takes you through dense jungle trails and vast meadows. Point of interest for wildlife enthusiasts: the jungle is well-reputed for King Cobras. Though it is a 2 day trek but there are certain parts of the trek where the ascent gets extremely steep making it difficult for aged people. Best time to come for this trek is from October to February.

The Rajmachi Trek is a short trek of one day but one that’s fascinating in every way. Otherwise, how can you expect so much – green mountains, deep valleys, waterfalls, fort, vast plateaus, rivers and village life within a day’s trek? Located in the Sahyadri Hills, the trek starts from Udhewadi which can be reached from Lonavla. The trek can be accessed all the year round but monsoon season has its special offering when the entire Western Ghats is adorned in greenery.

If you are keen to trek in the Himalayas of India then, the Chadar Trek is a must do. Walk on the Chadar (ice blanket) that forms over the river where the temperature dips to around -30 degrees in winter season. This winter trek is an experience in itself where you are blessed with stunning panorama, caves, frozen river and much more. You’ll also get the opportunity to traverse along the Trans Zanskar ranges dotted with secluded villages and Buddhist monasteries. January and February are the best time to take part in this challenging trek.

This is another day trek from Bangalore which will take you to the highest peak in Wayanad ranges at 2100 meters. Reputed for being a favorite among nature lovers, this 4 hour trek takes you past rolling tea gardens, forests and coffee estates. Once you complete the trek, visit the Soochipara waterfall located amidst the forests. The trek can be done anytime of the year though monsoons can get a bit tricky.

When it comes to beauty, the Kashmir Great Lakes trek can give every other trek in India a hard run for their money. The trek takes you to five of the most amazing alpine lakes located in the Kashmir valley. The best part about this trek is that every day you come across a new lake while traveling through struggling streams, passes, snow-clad glaciers and innumerable meadows. The entire duration of the trek is of eight days and except for July-September all the seasons are good for travel.

It is hard to combine ten best treks in India in such few words. India is diverse and so is the availability of trekking trails in this country. Come and explore its magnificent trekking trails and you’ll surely come back again and again.