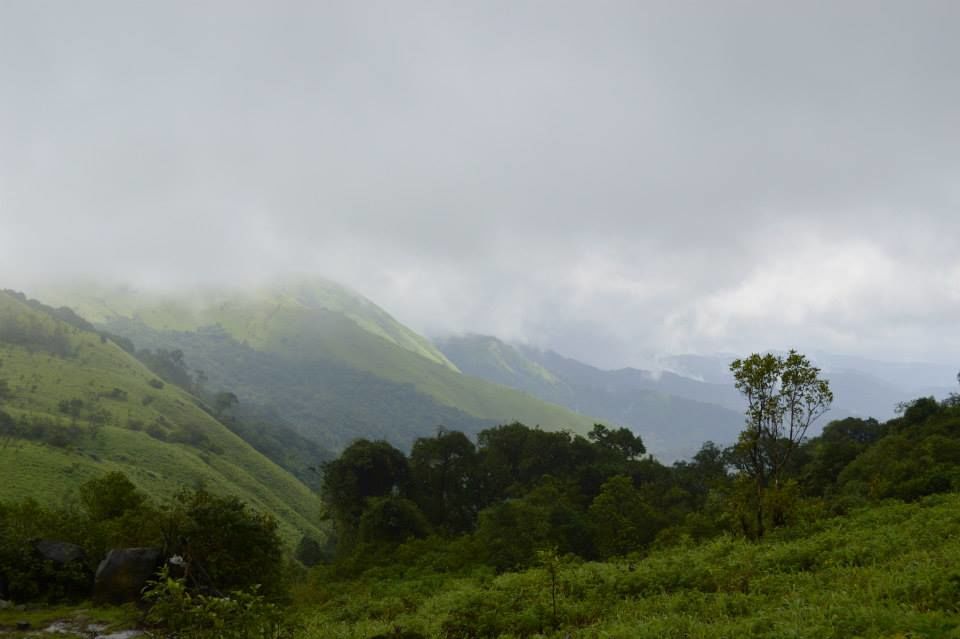 Imagine spending time amidst the mesmeric natural beauty of the quaint hill...Read More

The rolling hills of the Western Ghats expand across the borders of Karnataka, known as betta in the Kannada language. A mind blowing view of the southern landscape comes to view from the top of the hills, sweeping over the many acres of green, the numerous shining waterfalls, and vast flatlands stretching as far as the horizon. Trekking in Karnataka has since become a favorite activity among travelers and the best possible way to surf the many intricacies of the state’s marvelous natural vistas, local culture, and the essence of southern India’s hills. The fact that the bases of the best trekking spots in Karnataka lie within a 60-100 km radius of the capital Bangalore, only makes trekking here more compulsive in the region. Lush landscapes, all year round cool and pleasant weather, and relatively easy and enjoyable climbs make Karnataka worth a go for beginning trekkers and children as well. The glorious historical backdrop of Karnataka carrying the legacy of Tipu Sultan reflects in the many fortresses and sentry towers found along the trails like Kalavaarahalli Betta, Kumara Parvatha and others. Wildlife enthusiasts seeking dangerous trekking places in Karnataka won’t be far amiss either. The Brahmagiri Wildlife Sanctuary near Coorg, falling on the trail of Brahmagiri hill for example, is home to a wide array of animal life!

Why Should You Go for Karnataka Trekking?

Which Are the Best Treks in Karnataka?

Savandurga
Nearly 60 km away from Bangalore, this lushly vegetated hill is a climb not so much acutely taxing. The climb would take you up to an altitude of 4220 feet, zigzagging up a smooth green trail. The hill of Savandurga is recognized as the largest monolith in Asia, because looking at Savandurga from a distance; it does look like a massive stone. On this one of the famous trekking places in India, you get to find the twin peaks of Black Hill and Biligudda or the White Hill, and on one side, the remains of the fort built by Kempegowda.
Kalavaarahalli Betta
Located nearly 70 km away from Bangalore, the hill of Kalavaarahalli takes its name from the village at its base. This famous trekking place in Karnataka offers two interesting caves in the hills, and a temple at the top of the slopes. Clouds form in a deep mist around these hills and the fort of Tipu Sultan seated on the top of the hills come as a welcoming resting stop after the long hike.
Brahmagiri Hill
Bordering with Kerala, this trekking in Karnataka promises awesome views and a beginner friendly trekking trail passing through dense forests, miles after miles of verdant grasslands, walking upstream with the river to Iruppu Falls, and delightful monsoon splendor during the season of the rains. This one among the trekking packages in Karnataka is inexpensive for such a diverse range of attractions on offer. Passing through the Brahmagiri Wildlife Sanctuary on this trek, it won’t be surprising to run into a herd of elephants crossing the trails or find lion-tailed macaques hanging from the tree tops!
Kumara Parvatha
Considered a difficult trek in the Western Ghats realm, Kumara Parvatha trek approaches through dense forests and passes by huge volcanic rock formations. The temple of Kukke Subramanya is one of the landmarks early on this route, holding a lot to explore for the religio-culturally inquisitive travelers. Cover this famous trekking place in Karnataka for the sufficiently challenging tracks and homestay stopovers offering delicious Karnataka-style dishes at dinner!

Trekking in Western Ghats Karnataka is an option open for travelers round the year. The October to April window is perhaps the best time to explore the hills when the weather is the most favorable for outdoors activity.
While temperatures soar in Karnataka during the summers, the monsoons are a hit among travelers to explore some of the best places for trekking in Karnataka.

What to Pack for Karnataka Trek?

By Air: Bangalore is the airport most conveniently reachable for all trek bases in Karnataka. However, from within the country, one might also access the regions through Mangalore International Airport.
By Rail: Train stations in Bangalore and Mangalore, along with several other stations in major cities and towns of Karnataka are well connected with the rest of the country.
By Bus: Karnataka State Transport buses ply regularly between the major cities and towns of Karnataka, and also inter-state buses are available.