Goecha La Trek is considered to be one of the most scenic and romantic trails...Read More

Be a part of a thrilling and unmatched experience in Sikkim with Winter Dzongri...Read More 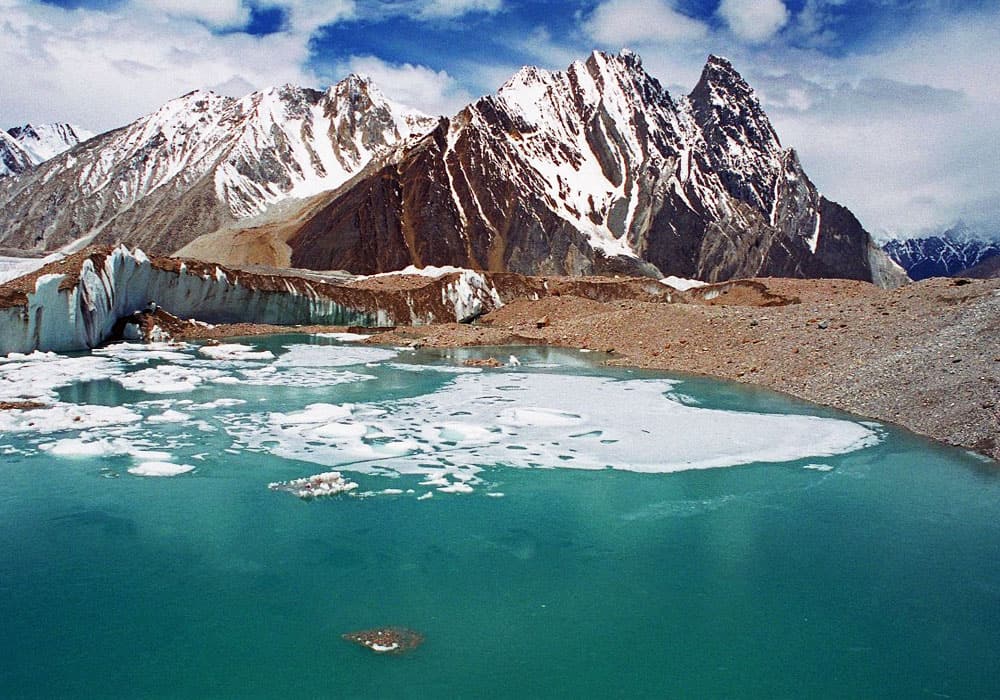 If you want to go on a beautiful trekking journey, then Green lake trek is for...Read More 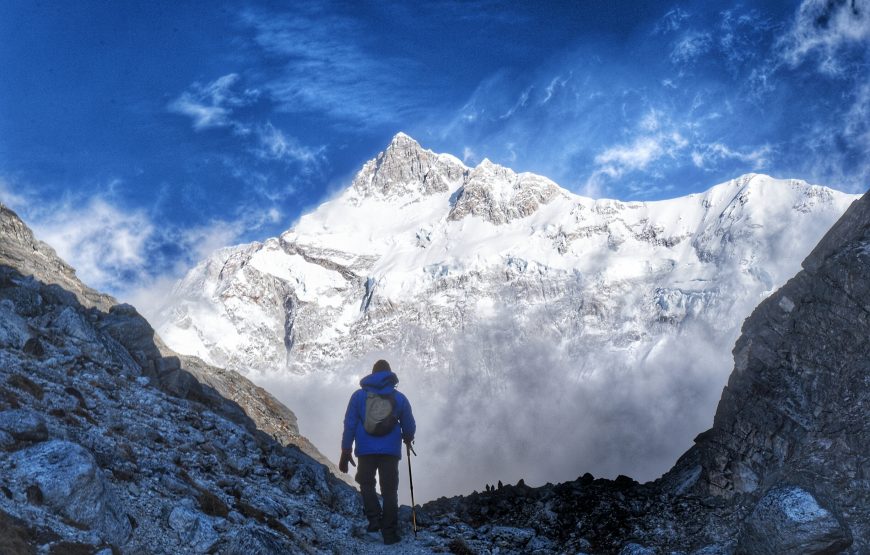 The Kasturi Odar round trek offers an extraordinary view of the snow-clad...Read More

The state of Sikkim on the map of India’s glorious North East region is contoured with magniloquent mountainous knolls.To the South, the state blends into the verdant plains of Bengal while to the north, the altitudes rise thrillingly high and heady. Under the proximity and watchful gaze of mount Kanchendzonga, Sikkim is a haven for backpackers and solo travelers.
Situated on the borders that India shares with Tibet, Nepal and Bhutan, the state represents a melting pot of diverse cultures of ethnic Himalayan peoples. ‘Lho-Mon-Tsong-Tsum’ referring to the diversity of Sikkim, identifies the tribal peoples of Bhutias, Lepchas and Limbus in addition to mainland-Indian and Nepalese cultural presence in the state. From dazzling nights in the clean city and cosmopolitan state capital Gangtok to visits to the monasteries around Yuksom- the olden capital of imperial Sikkim, tourism in the state is enlightening all along. Add to this, rugged mountain trekking trails famed for spring blossoms, sweeping Himalayansnowline vistas, protected forest lands full of interesting flora and fauna and availability of teahouse as well as homestay-style accommodation.
Trekking in Sikkim is an inviting prospect for Himalayan lovers, no doubt. There are high passes like Nathula, Jelap La, or Dongla. Trails pass by skyscrapingly high waterfalls like Rimbi, Naga or BhimNala Waterfalls. Green valley and pastures like Yumthang fall on the way. Unearthly glacial lakes like Samiti Lake are found hidden behind rugged facades rockymountain highs. Teesta and Rangeet-- two beautiful rivers crisscross across the expanses bringing glee to travelers. And there is the Kanchenjunga mountain massif, dominating Sikkim trekking landscapes brilliantly, awe-inspiringly.

Why Should You Go For Trekking In Sikkim?

When it comes to exploring the North-Eastern Himalayas, there’s no better place to start than in Sikkim. Snow-capped Himalayan peaks, diverse fauna and flora and unspoilt nature are some of the reasons why trekkers flock to Sikkim to make it a truly memorable experience. Talk to any trekking agency in Sikkim or those offering Sikkim trekking tours and they will always say that no matter where you trek, Sikkim gives a you different experience altogether.

Which are the Best Treks in Sikkim?

Picturesque Sikkim with its misty mountains, arresting hill ranges and availability of hair-raising trekking options allures every adventurer to its lap. Here’s a list of the 8 best treks in Sikkim that you wouldn’t want to miss out on.
Goecha La Trek
A trek of moderate to difficult level challenge, Goecha La Trek is famous for attractions more than one. Blazing red springtime rhododendrons in bloom adorn the lower slopes of Goecha La during the summer months. The unearthly emerald colored Samiti Lake makes spellbinding photo-ops. The silence of the wilderness during the walk through the Kanchenjunga Conservation Area is an absolute thrill and pregnant with chances of sighting important wildlife. Whopping snow peak views that of Mt. Pandim, Mt. Thingchinkhang, Mt. Junpo, and Mt. Kanchenjungha are probably the biggest visual reward that one can find on this 10-12 days trek in Sikkim.
Sandakphu Trek
Sandakphu is 3636 m high and 8-9 days long, but this trek in Sikkim would give the more demanding and expensive treks a run for their money when it comes to peak views. Running across Indo-Nepal border, this trek is about getting a trans-country experience of converging cultures around Sikkim, staying in comfy teahouses, and enjoying close quarter views of the Kanchenjunga without a worry in the world.
Phalut Trek
Phalut is one of the high peaks in the Singalila Range. It is a trekkable peak at an altitude of 11, 811 ft. Though the peak is technically within the borders of Bengal, much of the trail runs through Sikkim. It is also an extension of the Sandakphu Trek. Many Sandakphu summiteers opt to go on to Phalut. The attractions of Phalut are-- mesmerizing views of Kanchenjunga, thrilling stopovers at quaint mountain hamlets, and the exhilarating experience of a high peak summit.
Dzongri Trek
Unlike other treks in Sikkim, the Dzongri trail unveils superb green valleys of Sikkim. Crisscrossing across Rathing and Bakkhim valleys, Dzongri is known for exquisite birds, summer magnolias, orchids and rhododendrons. Also, there are interesting peak view opportunities from different vantage points, of-- Mt. Pandim, Mt. Kabur, Mt. Kumbhakarna, Mt. Simvo, Frey Peak and Kanchenjunga.
Varsey Trek
Varsey in West Sikkim is among easy treks in Sikkim slowly gaining adulations among mountain lovers as an offbeat rhododendron trail of summer. Pink and red rhododendrons bloom to the brush strokes of springtime all over this expanse while powdery snow still remains at the higher reaches. The specialties of this trek are its vibrance, ease of challenge and a short and crisp week-long duration. Up for weekend treks in Sikkim anyone?
Kanchenjunga Base Camp Trek
With a trail foraying deep inside the Kanchenjunga Biosphere Reserve the KBC trek sort of merges some of the most treasured mountain destinations of West Sikkim within its itinerary. Decamping from Yuksom, the trail wanders through Dzongri, Goecha La, Samiti, and a great part of the Kanchenjunga Biosphere Reserve. Caution- you need to be mountain-experienced and really fit to enjoy this difficult-level challenging winter trek in Sikkim.
Green Lake Trek
Trek the Green Lake from its base camp in Lachen in North Sikkim for a taste of the meadows in high winters. It is one of the least explored places in Sikkim, promising breathtaking scenery and pristine surroundings, rich biodiversity and blissful solitude. This trek remains open in the unlikely window of April to October when most other Himalayan treks would probably not be viable.
KasturiOrar Trek
KasturiOrar is a lesser known of Sikkim trek packages, notable for its breathtaking glaciers. Passing through Goecha La, Dzongri, and Thangsing Valley, this round trek is an odyssey inside the Kanchenjunga National Park. Deemed difficult according to challenge, this trek steeps really high, at 5002 meters.

The best time to come to Sikkim is either in spring, from late March to May, or in the autumn from late September through October. The climate in the state actually varies from subtropical in the south to tundra in the north. The highest peaks in the north remain snowclad all year long while the southern areas are temperate.
Choose the spring-summer months to visit Sikkim to make the most of the deliriously colorful rhododendron trails. For those craving clear and brilliant snowline views, the September to October window is a better time.

What Are The Essential Items To Pack For Trekking In Sikkim?

Sikkim trekking routes are accessible from the nearest rail head of NJP (New Jalpaiguri) in West Bengal. The nearest airport is Pakyong Airport which is located close to the capital, Gangtok.You can opt for shared jeeps or busses to the popular Sikkim trek starting points like Gangtok or Yuksom.