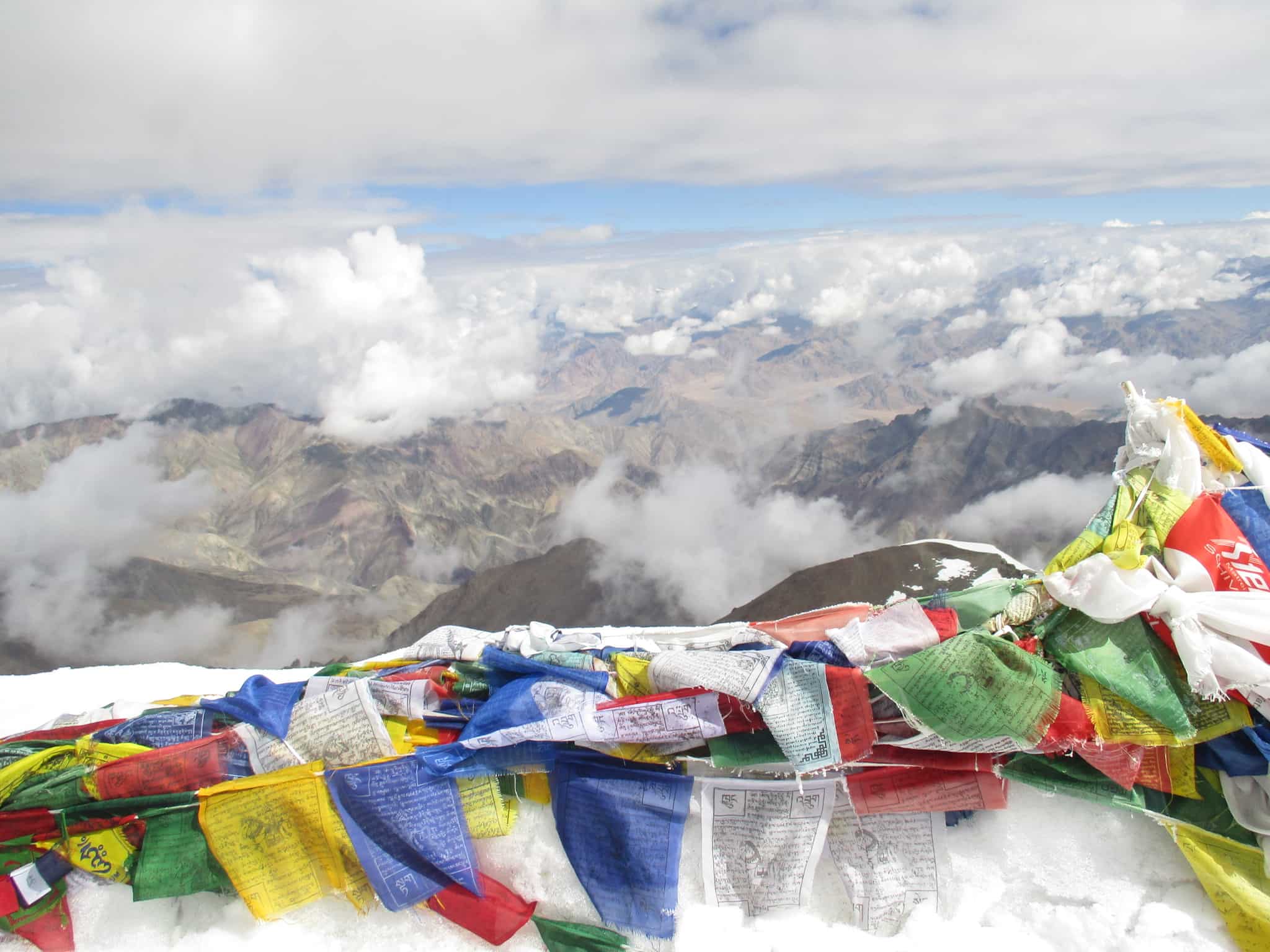 Situated at an altitude of 20,000 feet, Stok-Kangri is one of the most popular...Read More 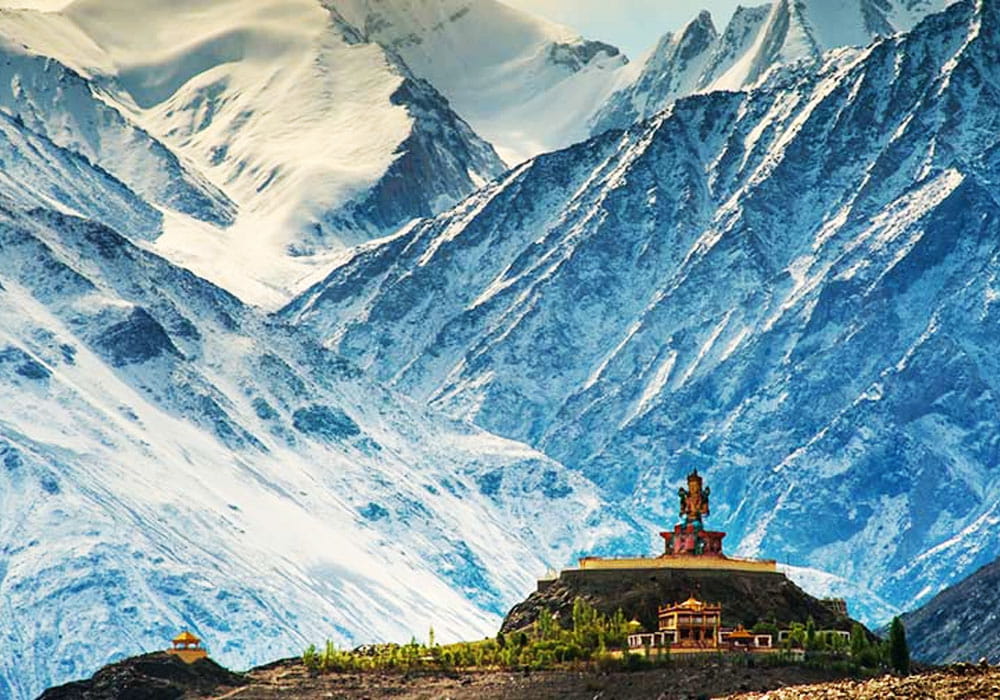 Stok Kangri Is a trekking expedition that takes place In Leh which is a Union...Read More

Scaling a twenty-thousander Himalayan snow peak like Stok Kangri is a magnificent feat. At 20100 feet, Stok Kangri is higher than the highest peak in all of Europe, being Mt. Elbrus, and beats Mt. Kilimanjaro from in Africa as well in terms of altitude. No wonder, this ice-crowned gem in the Indian Himalayas have been magnetizing mountain-lovers from across continents forever. High and mighty as the peak may be, scaling Stok Kangri is not limited to technically trained mountaineers. Hard-boiled trekkers have a fair chance of summiting successfully on this near-14 day itinerary, from Leh to Leh, with ample number of days allotted for acclimatization, rest, and minimal necessary training for getting through the snow-bound long haul up. The most thrilling section by popular consensus of Stok Kangri scaler is the summit day comprising of a glacier walk in the dead of night, braving sub-zero temperatures and tip-toeing along a steep ridgeline on a tightly bound harness! The jaw-dropping summit view reveals a great part of the Karakoram Range, flanked by the Zanskar Range to the north.

What is Stok Kangri Trek?

This peak at 20,190 ft is the highest mountain in the Stok range of the Himalayas. At the feet of the mountain, we have the Stok village nearly at 11,844 ft, with the administrative headquarter of Leh situated 15 km away. A trekkable peak in the greater Himalayas, scaling of Stok Kangri in Ladakh region of the state of Jammu & Kashmir calls for great determination. The technically untrained of mountain lovers are entitled to the scaling, strengthened with adequate fitness, however, the steep level of challenge makes the Stok Kangri trek completely inappropriate for beginners. The first recorded scaling of the Stok Kangri Peak was made in 2002 and over the last few years became a sensation with seasoned trekkers and preparing mountaineers. The biggest risk on this trek has been the chances of getting affected with altitude sickness in the rarefied air, escalating especially on the summit day lasting 8-14 hours on a tremendously exacting hike up. For this reason, strict acclimatization and fitness schedules are maintained on this trek upon reaching the Stok village and there onwards.

Why Should You Go for Stok Kangri Trek?

How High Is the Stok Kangri Trek?

Mid June to September is the best time to attempt a climb to the summit of Stok Kangri. During this window, snow will be sparse on the way and in heaps at the summit and the weather in the lower altitudes of Ladakh remains pleasant.

Nearest Airport: The Kushok Bakula Rimpochee Airport in Leh City is the airport closest for accessing the Stok Kangri trek. A number of flights connecting Leh with Delhi and other cities like Delhi can be found from this airport.
Nearest Railway: The Ladakh region does not have any railway connection and most travelers come by airway and road links.
By Road: Two major highways broadly connect Leh by road, one being NH 1D or the Srinagar-Leh Highway which passes through Kargil and Zoji-La, and the other being Manali-Leh Highway, passing through Rohtang Pass and Tanglang La.

Non-technical trekking beyond 20 thousand feet is a rare opportunity that only few mountains allow and ascending Stok Kangri is surely tempting that way. Be as it may, as a responsible explorer, you must take adequate measures to stay fit and acclimatize to these towering heights systematically in order to minimize your susceptibility to altitude sickness. Avoiding smoking and alcohol on the trek, drinking enough water, exercising, taking anti-sickness medication like promethazine (upon medical consultation), and meticulously following safety instructions on the trek will keep well.

Altitude Sickness is a reality on Stok Kangri trek and therefore this adventure must be attempted with a trekking company capable of carrying out rescue operations successfully when necessary.

What to Pack for the Stok Kangri Trek?

Are There Any Shops Available?
You must make it a point to conclude all your purchases in Leh because, not many shops could be found after Leh in Stok village except basi food and supplies.

How Busy Is the Hampta Pass Trek?

The peak climbing season for Stok Kangri is from June to July when you can find many groups on this route.