Amazing Hiking Trails and Spot to Check Out in Singapore 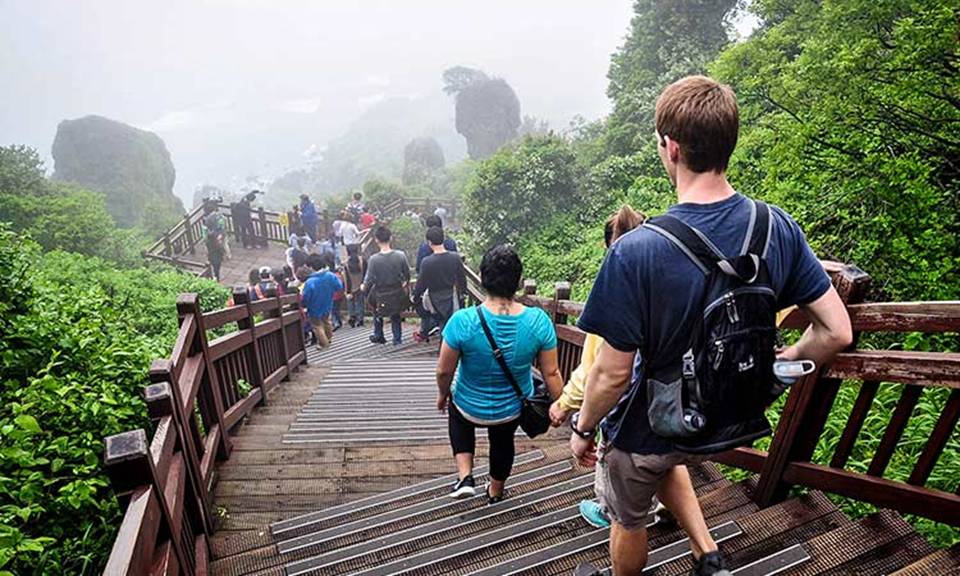 Singapore attracts more than 17.4 million tourists per year. In fact, Singapore’s economy is dependent on the revenue collected as a result of tourism. There are several reasons why Singapore receives more tourists than its population per year. These reasons include the diverse cultures available in Singapore and the availability of local delicacies that are readily available in stalls and restaurants. There are also annual festivals like the week, where artists showcase their artistic creativity, the natural attraction sites, and other reasons.

Some tourists prefer just visiting the city where they can visit a skyscraper and do some shopping in the malls available in Singapore. Singapore has shopping malls at every junction where one can get affordable and fashionable items ranging from clothes to household wares. Singapore is said to be a shopaholic’s paradise. Therefore, it is understandable why some people prefer touring the city instead of trekking.

On the other hand, some tourists prefer hiking and trekking across the mountains and valleys while enjoying the serene green environment away from the city’s busy environment. They want a place where they can watch the birds listen to their musical sounds. It would come to your surprise that Singapore has many natural and human-made attraction sites.

Hiking is the best way to tour any country. Apart from being so enjoyable, it is also very healthy and will be an exercising activity that will help you burn calories and keep fit. Therefore, grab your hiking boots, sunscreen, and make sure that you do not forget your camera so that you can capture the exquisite environment and get out to explore the best hiking trails and spots in Singapore. But before that, visit One Visa to get your traveling documents without too much hassle. Here are some of the best hiking trails and places in Singapore:

This is the seventh nature reserve. The others are Springleaf and Chesnutt among others. The Thomson reserve has about five hiking spots with each trail being approximately 3.8 kilometers long. In each of these trails, one gets the opportunity to see the green vegetation of ferns, natural streams, and some primates like macaques and the endangered species of monkeys known as Raffles’ banded langur.

This nature park houses several wild animals, but some like the porcupine and Sunda pangolin can rarely be spotted. Apart from the green vegetation of ferns and wild animals, one can learn a little bit of history from this park. The park has some ruins that are believed to be remains of the Hainan village that were left behind as a result of World War II.

The Bishan-Ang Mo Kio Park is the largest natural park in Singapore. The Bishan-Ang Mo Kio Park is split into two sections by Marymount Road. While in this park, one gets to see the origin of the famous river Kallang, which gets its water from the Lower Pierce. Apart from the beautiful natural scenery, one can go for a picnic in this park as it has several cafes. Other facilities available in this park are a spa, playground, and a dog run. Something extraordinary about this park is that every year, it hosts the star-gazing event, which is usually organized by a team of astronauts.

For those who enjoy watching a variety of birds, Labrador nature reserve is the place to be. This is a unique place in Singapore as it has a rocky cliff that allows you to watch a variety of birds like the magpie and oriole and view the sea and vegetation from a range. One also has the opportunity to learn some history as they can explore the remnants of World War II, which includes forts and tunnels. I believe that your camera will be of much importance in this nature park. Apart from the birds, vegetation, and ruins, you can stroll in the park, and if you’re lucky enough, you’ll spot a resident squirrel.

This 58 hectares freshwater farm allows you the opportunity to observe flora and fauna. The Kranji Marshes is the largest water farm in Singapore. It is habitat to approximately 59 varieties of butterflies, 160 species of flying birds, and about 38 different species of dragonflies. You can now imagine how beautiful this area is.

This is Singapore’s highest peak. It is nothing compared to the highest mountain in the world, but what we can assure you that you will burn a lot of calories before you get to the summit. The wildlife that can be spotted by the vigilant observers includes the blue snake among other wildlife. The park bears some historical significance because during the Second World War, the British army had its final stand on this place as they fought against the Japanese army.

This is a park in Singapore that has a record of being visited by many tourists. The reason behind its popularity is a large number of different varieties of wildlife, the exquisite tropical scenery, and well-designated, attractive, and relaxing hiking paths. The steep hiking paths gives one a panoramic view of the forest’s canopy and a variety of wildlife like the lemur together with other animals like the macaques.

This was first a trail for trains but was later changed to a hiking trail due to technological advancement. This hiking trail is unique because it links several nature parks in Singapore like the Kranji Marshes. Along the green corridor hiking trail, you can see several streams, wetlands, and grassland vegetation.

This area maintains its original green serene nature. Species of trees that were once thought to be permanently wiped out can be found on Coney Island. This area also serves as a habitat to birds that have migrated from other regions, making it an ideal place for bird watching.