Putting Greece On The Map: Exploring Some Of The Smaller Greek Islands 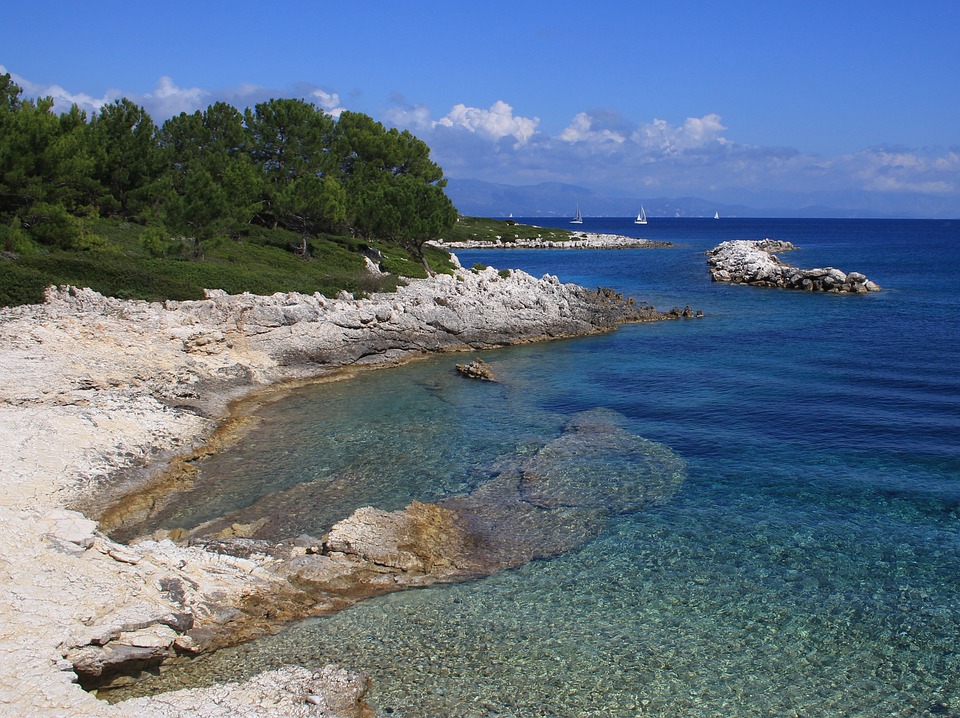 Like sun-seeking moths to a flame, so often international tourists are drawn to the bright lights of the more established islands when planning a Greek Island adventure. The more popular islands like Santorini, Mykonos and Crete often steal the limelight, with their movie-like scenery and enchanting atmospheres. And by no means are we discouraging you from discovering these travel hotspots for yourself – there’s a reason why they’re so popular.

But this beautiful corner of the world isn’t just defined by these premier destinations – there is so much more to explore on the smaller, lesser-known islands. If it’s a truly authentic experience you’re looking for, there really is no better way to savour a taste of Greek Island life than by visiting some of the less-commercialised islands.

In this post, we shine a light on a handful of islands that should be on your radar, as well as what you can expect to see when you get there.

Part of the exotic Dodecanese island group, Symi is one of the most beautiful areas in the region. Though it is officially a Greek territory, this tiny island actually sits just off the Turkish coast, around 400km from the city of Athens. But don’t let distance deter you from visiting this little south Aegean wonder. Symi is easily accessible via ferry from Rhodes, which lies just below the island, with the journey lasting around one hour.

Once there, you will no doubt be mesmerised by the sheer beauty of your surroundings, as you savour the charm of the brightly-coloured buildings overlooking the harbour. Symi’s beauty can be seen all around, and there is so much to explore. However, we w

on’t begrudge anyone for wanting to waste away a day on the stunning St Nicholas Beach, located in the northeastern corner of the island. If you can peel yourself off of your sun lounger for just a few hours, then the monastery should be top of your to-do list, with its intricate 18th-century design that has to be seen up close to truly be appreciated.

The island of Ithaca is steeped in history, having played an intricate role in the narrative of Greek mythology. Whilst Ithaca will forever be known as the home of Odysseus, having provided the setting for one of the most famous epic poems of the time, it is now best known amongst international travellers as an island paradise. The technicoloured waters that surround the island help create a scene that wouldn’t look out of place amongst the islands of the Caribbean.

Walking is a popular tourist activity in Ithaca, with plenty of testing routes to keep even the most experienced hikers interested. But the heritage of the island remains its biggest attraction, and Ithaca’s history is remembered in its many museums and exhibitions. Archaeological collections dating back to the Geometric Period serve as a reminder of Ithaca’s fascinating past, whilst the nautical museum allows visitors to picture what island life looked like in the 19th century. For any traveller with an interest in bygone relics, Ithaca has to feature on your Greek island hit list.

The final stop on our mini Greek island tour is Paxos. Found in the Ionian Sea, this tiny island measures just seven miles by three, making it the smallest island in the group. But don’t let its diminutive size fool you – this Ionian jewel packs plenty in to keep you and your travelling party entertained.

The island is home to a number of historical and archaeological sites, but simply wandering the quaint streets can be enough to spark your imagination into life. If you’re more inclined to enjoy your holidays horizontally, Paxos is a great place to relax and enjoy the Mediterranean sun. It’s also a perfect base for exploring the other islands in the area. Whether you’re looking for a quiet getaway or an action-packed vacation, Paxos has something to offer everyone.