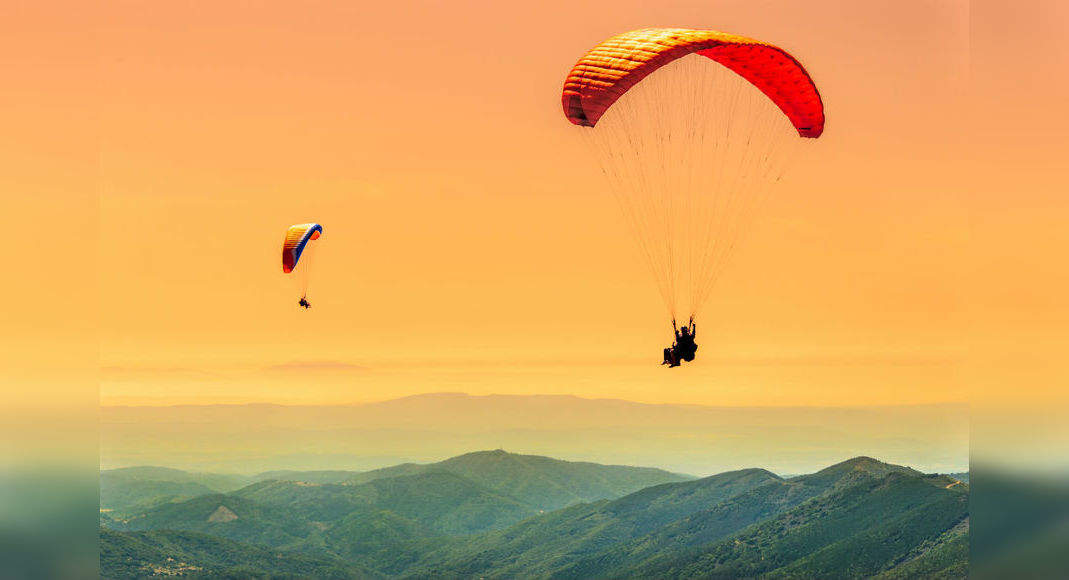 Bir Billing is a beautiful city in the south of India. It has plenty of charming attractions that make it an ideal tourist destination, and if you are thinking about going there, this article will help you plan your trip. Today we’re highlighting some of Bir Billing’s most popular attractions, as well as what to do when you arrive so that you can get the most out of your time here.

Bir Billing is a small town in the north of India. It is famous for its scenic beauty and rich natural heritage. Bir Billing has many places to visit, such as the Monasteries. The best time to visit Bir Billing is during the winter months, from October to March, when cooler and less crowded than during other seasons.

Where is Bir Billing?

Bir is a village located in the Kangra District of Himachal Pradesh and is rightly considered the paradise for paragliding. Those interested in visiting Billing can experience paragliding in which a glider is launched from Billing 18 km north of Bir, and one glides back down to the Landing Site at Bir. The names for the two places are used conjunctively as Bir Billing.

Bir Billing is famous for?

Bir Billing is famous for its Paragliding. Bir Billing is also famed for its scenic and peaceful Tibetan monasteries located amid gorgeous surroundings. Bir Tibetan Colony in Chowgan is home to a sizable community of Tibetan refugees who hail from Bodhgaya. Bir Billing is a market town in the Kangra district of Himachal Pradesh and, despite being smaller than Shimla or Manali, makes for a perfect 3–7-day vacation from the hustle of city life.

How to Get There?

The best time to visit Bir is March through May and from late September to November. This is the best time of year to paraglide in Bir if you can’t wait until summer to come. Summer in Bir Billing lasts from April to June. The best time to visit Bir is summer because of the moderate weather. The monsoons bring with them moderately to heavy rainfall. Winters are cold and can be miserable, especially if you’re unprepared. Bir Billing is located at an altitude of 5000 feet and commands a truly stunning view.

If you visit Bir Billing and do not paraglide, it is like visiting Agra but not seeing the Taj Mahal. If you’re looking for a place in India where Paragliding is the highlight, Bir Billing might be your best bet. One of the best things to do in your life is paragliding at Bir Billing. To paraglide in Bir Billing, one must have certification, which is offered to complete a Paragliding course, what you need to do if it doesn’t want to spend days learning this new sport. The answer is a tandem ride or, for enjoyment, gliding at the Bir Billing. Here the glider is maneuvered by a pilot, and you sit back, relax and enjoy the scenery. The cost of paragliding in Bir Billing depends on how much time you’re willing to spend and whether or not you can find the flight for a bargain.

One of the best things about visiting Bir Billing is getting to explore the sprawling, welcoming monasteries. One can experience the feeling of being at Nalanda, and the monasteries are so welcoming that they barely deny you access to any place or clicking anything with your camera. Visitors are encouraged to participate in prayer and can sit right next to the monks at Bir Billing. No one ever asks for a donation here! If you are in luck, you might well share tea or snacks with the local people. The two most important and biggest ones are

Palpung Sherabling Monastery: 6 kilometers from the landing site at Bir is locally called Bhattu Monastery, more widely known as Papung Sherabling. The best way to get around the area is a hired car or bike. You can easily walk to the town from a nearby mountainous region–though not everyone has the time or stamina for such a trek.

Dzongsar Shedra: Dzongsar Shedra is found in Chauntra, which is 4 kilometres from Bir. This monastery is a monastic college and overlooks the most spell-bounding views. This is a must-visit!

Besides these, you can visit other more monasteries in Bir Billing if you like.

It’s a paradise for nature lovers, but there is much more to Bir Billing than just the greenery. If you’re looking for an exotic location with culture and history, get ready to explore one of India’s most popular hill stations without exchanging your hard-earned cash! You don’t need to be traveling internationally to enjoy all that this picturesque destination has to offer – it can be found right here on our back doorstep. So, pack your bags and head up north as we take you through Bir Billing Travel Guide.

Bir Billing is a beautiful city in the south of India. It has plenty of charming attractions that make it an ideal tourist destination, and if you are thinking about going there, this article will help you plan your trip. Today we’re highlighting some of Bir Billing’s most popular attractions, as well as what to do when you arrive so that you can get the most out of your time here.

Bir Billing is the perfect destination for people looking to explore a new culture and experience different things. It has plenty of history, as well as rich cultural traditions that make it unique.

It’s also an ideal place for those who want to relax on their vacation. There are beautiful beaches nearby where you can go swimming or participate in water sports like kayaking, snorkeling, scuba diving, or surfing. Bir Billing also has some great hiking trails if you’re interested in exploring more of this region.

The city is close enough to Chennai. As a result, visitors have access to all sorts of amenities, including shops, restaurants, and supermarkets but far enough away from large metropolitan areas, which means they get less noise pollution than they would in a major city.

How to Reach Bir Billing

Bir Billing is accessible by train from Chennai. The train station in Bir Billing also has connections to the major cities of India so that visitors can travel quickly and cheaply anywhere they want to go while they are visiting this city.

The airport near Bir Billing also has flight routes that connect with other major cities in Asia which means it’s easy for tourists who come here on holiday or who live locally to get where they need quickly and without spending too much money.

Activities to Do In Bir Billing

Bir Billing is a great place to stay for people interested in outdoor activities, culture, and food. Bir Billing offers plenty of trekking, mountain biking, and climbing opportunities for those who love the outdoors. The area around Lake Manasarovar is also perfect for skiing or snowboarding! If culture’s what you’re after, then head into town where there are museums dedicated to Buddhism and Hinduism, which offer visitors an opportunity to learn about these religions first hand. Likewise, suppose it’s the food you’re looking for. In that case, Bir Billing has something on offer, from street vendors cooking up mouth-watering kebabs at every corner right through to restaurants serving traditional Tibetan dishes like Yak Butter Tea with Amchoor.

Bir Billing is a city that’s filled with culture and natural beauty. The people of Bir Billing are very friendly and welcoming to tourists, so it truly feels like a vacation destination rather than just another place in India for travelers to visit on their way elsewhere.

Most visitors who come here spend time hiking, cycling, or doing other outdoor activities because the nearby beaches offer different things to see from the forests and mountains surrounding this area.

There are also plenty of festivals throughout the year as well as some interesting attractions around town such as temples, mosques, museums, and more that will keep you busy if you’re not looking forward to an afternoon by one of the city’s many crystal-clear swimming pools or touring all that there is to see outside of town. Bir Billing is the perfect place for a family vacation or group getaway because there’s something to do and see here no matter what your interests.

The most popular destinations in Bir Billing are featured on its outskirts rather than right in the center, so if you’re looking for some peace, then these areas might be perfect for you!

If not, head into town, where it feels like every street corner offers another opportunity to explore with new shops, restaurants, and cafes opening up regularly.

Places To See In Bir Billing

Tsering Jong Monastery is one of the most beautiful places in Bir Billing. It is a Buddhist Monastery built on top of the hill overlooking Lake Manorsorovar and offers visitors an opportunity to learn about Buddhism first hand.

The sunset at the landing site is breathtakingly beautiful. The whole of Bir Billing is reflected in the mirror-like water, and it’s a great place to spend an evening enjoying the tranquillity of this holy site.

The Tsangpo River is the world’s deepest gorge and Bir Billing’s most iconic natural treasures. The river flows for more than 3000 miles through Tibet before spilling over a series of dramatic waterfalls in this narrow canyon, making it an awe-inspiring sight that you will never forget!

The PaldenLhamo Monastery is located on top of Mount Gephela to the northwest of Lake Manorsorovar. Constructed during the 17th-century reign of Lama Drukpa Kunley, it was used as an ancient observatory by Tibetan astrologers studying stars and planets across India from their remote location. To visit now would be regarded as a respectful act by many locals who still revere the monastery as a holy site.

The Phedi Valley is situated northeast of Mount Everest in the Himalayas and can be reached by an arduous three-week trek from Jiri or Kathmandu, Nepal’s capital city. It is home to one of Buddhism’s holiest mountains: Amnye Machen, also known as Kailash Parbat, dominating the skyline with its snowcapped peak.

We hope that you have enjoyed our Bir Billing Travel Guide and found it useful. If this article has inspired you to visit the city, we encourage you to book your trip now and enjoy this beautiful place!