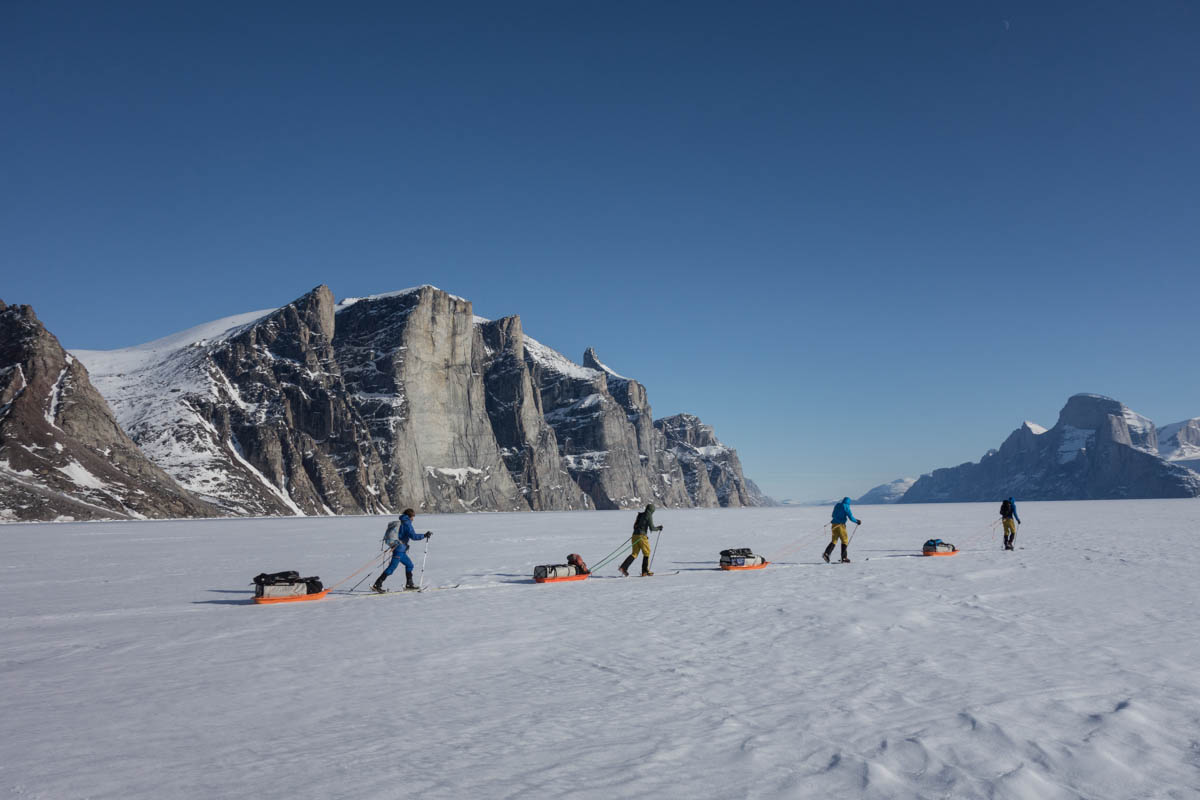 If drinking beer while waiting for the meat to be prepared by the campfire doesn’t sound exciting enough, perhaps you may want to give extreme camping a shot. Extreme camping is different from its tamer counterpart in the sense that you’ll be in a far less welcoming location, with fewer supplies in your surroundings, and with dozens of dangerous elements that can potentially put your life at risk.

Whether you’re addicted to adrenaline and want to camp thousands of feet above sea level or you are searching for the ultimate and authentic survival experience, some of these camping destinations have what you are looking for:

1. The coasts of Antarctica

Thousands of miles away from hospitable lands, familiar faces, and facilities for bare necessities, Antarctica undoubtedly takes the cake.

Every aspect of this continent is meant to challenge the most experienced campers and survivalists, which is also the reason why permanent settlements do not exist there.

The main reason why Antarctica is the ultimate destination for extreme camping is its highly variable weather, ranging from freezing cold to downright lethal blizzards. The coldest temperature ever recorded was –144.4 F (-98 C). The snow almost never melts in Antarctica, even when temperatures manage to get past freezing levels.

Another reason why Antarctica is inhabitable by humans is the scarcity of available resources. The entirety of the land is covered in snow, meaning that the only edible plants are the ones grown by research teams in their high-tech facilities. In terms of animals, the ones that managed to survive are generally too dangerous to approach, aside from certain penguins and birds.

If you still wish to challenge your survival skills by going on an extreme camping trip to Antarctica, you should probably try setting up camp along the coast. The temperature levels aren’t as dangerous and varied there, and its precipitation levels are also somewhat more consistent.

On the other end of the spectrum, we have the scorching hot Sahara. Just like Antarctica, it’s almost impossible to survive without specific tools and items, and camping there is equal to suicide if you don’t know the land like the back of your pocket.

Unlike Antarctica though, this desert offers its fair share of extreme temperatures in both directions. During the daytime, the temperatures can rise above 40 C while they tend to drop to freezing levels (below 0 C) during nighttime. Although most campers could withstand these temperatures if they were consistent, the massive temperature swings are extremely draining and life-threatening.

Aside from that, a host of the world’s most dangerous animals have made themselves at home in these regions. The infamous Deathstalker scorpion is one of the most poisonous arachnids on the globe, followed by the Sand Viper, desert crocodiles, monitor lizards, various species of wild dogs, and Saharan Cheetahs are potential threats that you may have to deal with.

If you would even think of foraging for food, know that these dangerous beasts are doing that not too far away. Finally, even the most prepared tour guides can get lost if a sandstorm hits and reshapes the landscape.

Erg Admer is slightly less dangerous than the heart of the Sahara Desert, but it’s still one of the world’s most challenging extreme camping locations.

Residing in the shadows of the Sierra Nevada and the Panamint Range, the Californian Death Valley is one of America’s most dangerous outdoor locations where extreme campers can test their mettle. It’s extremely hot throughout the entire year due to solar heating, particularly warm winds, and pockets of trapped warm air; the highest recorded temperature at Death Valley was 134 F while it’s rarely below 106.5 F.

As if smoldering heat wasn’t enough of a challenge, Coyotes, sidewinder snakes, and Panamint Lizards aren’t making it any safer for humans. However, it’s still not as life-threatening as the Sahara Desert if you’re capable of enduring ridiculously warm temperatures and minimal resources in your vicinity.

One of Canada’s tallest mountains (after Mount Logan, Saint Elias, Mount Wood, and a few others), the Great Sail Peak is a spot that will put your resolve and endurance to the test, as well as all of your survival instincts and skills.

It’s unreachable via traditional climbing methods, which means that you will need to walk through the freezing colds of Baffin Bay. Extremely low temperatures, winds of sheer pain, and more than a few polar bears are just some of the dangers that await you before reaching the top.

Being so high above the ground, you shouldn’t expect to have any signal reception whatsoever, and given that you’ll essentially spend your trip on a bare rock covered with heaps of snow, you should also not expect to forage anything.

This means that camping light is out of the question, which makes the uphill trip even more of a challenge. Be it as it may, the Great Sail Peak is nowhere near as dangerous as Antarctica, Sahara, or the Death Valley.

With an elevation of 2,695 meters and a very peculiar landscape, the Anamudi Peak is an approachable but still fairly challenging mountain in the Idduki districts, Kerala. Scaling it isn’t as difficult as climbing the Sail Peak, although there are more than polar bears lurking about.

Leopards, jackals, and mongooses are native to the Idduki district and can often be found near the footbeds of Anamudi peak. In addition to that, a wide variety of gorgeous, tame animals can also be seen, such as the Nilgiri Marten, the Small-clawed otter, and the dusky-palm squirrels.

The weather is not as unpredictable, and the temperatures are not as extreme as they are in Sahara or Antarctica. Furthermore, there’s plenty of vegetation, allowing poorly-equipped campers to forage some food and sustenance should they run dry.

While it may not be the most challenging and dangerous location in the world, it’s still a difficult hurdle to the gap, as well as a great alternative to slightly less experienced extreme campers.

We hope that this guide was useful to you and that you have learned something new today about amazing camping destinations to add to your list. Make sure you are staying safe in these times we are all going through and have a good one, guys!